polo pony of the month

Just for Fun – A member sponsors a Polo Pony of the Month to celebrate our partners in the game we love!

Lee noticed that Carmen was the whole package.  She elevated all parts of her game. Carmen has the power and acceleration to put her owner, Devyn, in a scoring position. Her soft mouth allows Devyn to smoothly stop and change directions, always putting Devyn in the plays first.

Carmen’s body conditioning was above others, allowing her to play hard and stay healthy. She’s an athlete and Lee sees her playing very well in the years to come.

Devyn purchased Carmen from South Bay Pro Santos Arriola and their partnership has grown everyday making Devyn and Carmen an amazing team on the field. 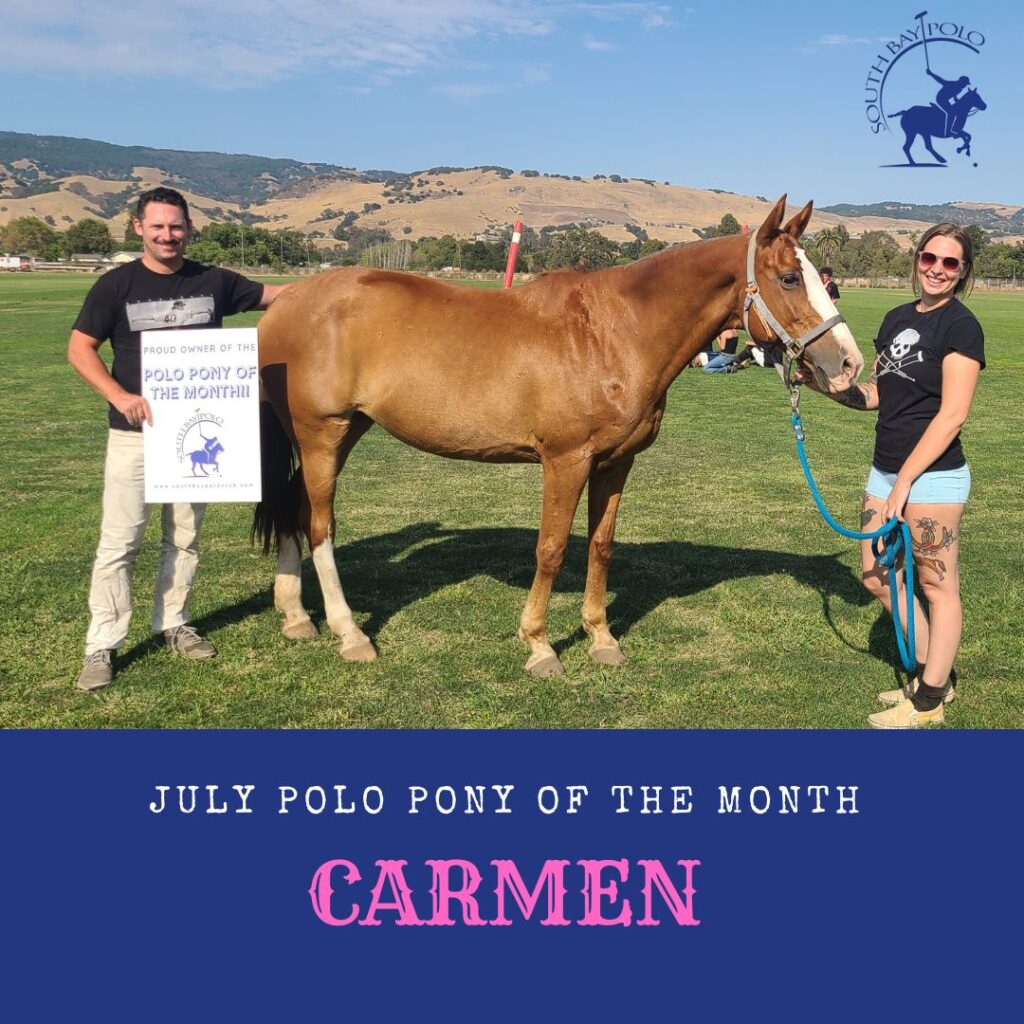 Apache is a tobiano paint who was rescued by Santos Arriola, a South Bay Pro, in 2020.  Santos found Apache in a pasture standing mud with neglected curving hoofs that were weak from standing for a long periods in a wet pasture.  Santos spent months on the rehab of Apache, slowly trimming his feet and hand walking him until he was sound enough to be ridden.  He spent a winter at Eldorado working on his fitness and learning to be a polo pony.  We are proud to say that Apache is now a healthy, happy polo pony who enjoys his job!  He was recently purchased by Anne Siri and is a club favorite with his beautiful blue eyes.

Doug Blumenthal, one of our South Bay Pro’s, initiated the Polo Pony of the Month to celebrate the important partners in the sport we love.  These ponies may have come from more humble beginnings or are still loving the sport by teaching our newer players to play.

Doug picked Apache because the club members are all so proud of him coming from a mud pen, unable to walk, to shredding in our fast chukkars against the stronger ponies that play at South Bay.  We are all proud of Apache and so happy he is part of our club.  Apache received German Mint Horse Treats, a jug of Apple Treats and Fly Spray as his Pony of the Month prize!!

Lee Mullins has stepped up to sponsor July – who will he pick? 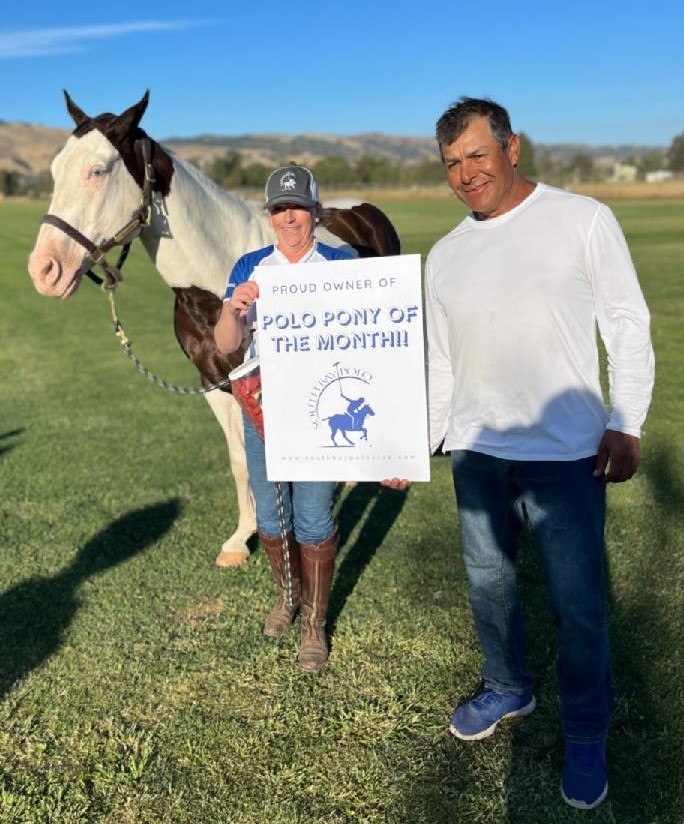